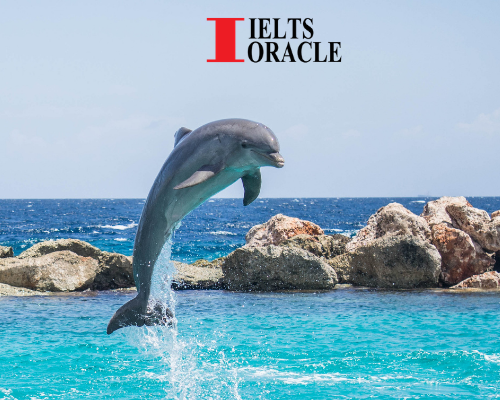 Animals are considered the most wonderful life form on earth. Apart from that, animals are considered as our companions, our workers. I think the importance of animals in human life extends beyond just-food. On a similar note, marine animals are hugely important in our lives. Since childhood, I have had a great curiosity to learn the fun facts about marine animals, particularly dolphins.

A strange animal, which I have ever got to know about is the Irrawaddy Dolphin . This freshwater subpopulation occurs in the river of the Bay of Bengal and Asia. This particular dolphin has the most distinctive look among other dolphins. It has long, broad pectoral fins that help them maneuver with ease through the water. It’s lackluster coloring consisting of a darker grey on their topside and light grey underneath. In India, Irrawaddy dolphins are mostly found in Chilika Lake. Fortunately, recently I got a chance to visit Odisha which is a state where the lake is located and adjacent to that is a place where my paternal uncle resides. My parents and I went there to see them, that time we got a chance to roam out and about the place and we did boating as well in the lake during which I got the chance to see this bizarre but resplendent creature. Though it is on the verge of extinction, it travels in groups of more than 10 and solitary dolphins are rarely seen. It is very invigorating which is why the trademark curved mouth of the Irrawaddy dolphin led to this animal’s nickname: the “smiling face of the Mekong.”

Hence, It was an extremely fascinating experience for me as I got the chance to witness this beauty live and that too in its own habitat. I saw it in its group as it was of approximately 6-7 fishes and they all were swimming invertedly and even some of them were behaving differently which was looking like I am sitting in some dolphin show and enjoying it thoroughly.

So, this was that particular moment when I glimpsed this astounding life form and absolutely loved it and still feel nostalgic whenever I remember those moments.