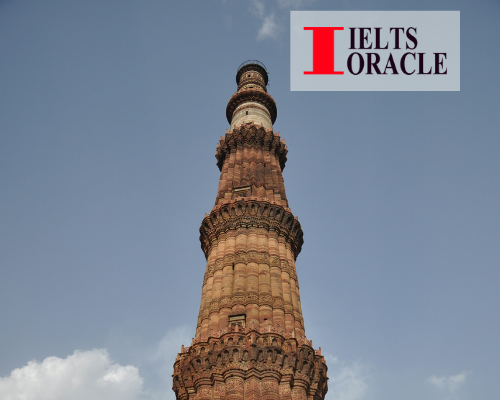 Describe a tall building in your city you like or dislike.

Twenty One years after the new millennium the trend of high rise buildings are  mushrooming due to the rampant surge in population owing to which a downsize has been witnessed in the residential areas. Although The contemporary builders are constructing vertical buildings of great heights nowadays for residential and commercial purposes, I would talk about the one which has historical significance too along with its height and that is none other than the famous Qutub Minar situated in the heart of the capital of India, Delhi.

I have been residing in Delhi  for two decades and whenever I get some time from my hectic schedule I visit this monument to break the monotony of my life although this is a famous tourist destination of my town filled with numerous excursionists every now and then, I find solace In this place. This is actually, a minaret  and victory tower that forms part of the qutub complex and the height of Qutb Minar is 72.5 meters, making it the tallest minaret in the world built of bricks which contains a spiral staircase of 379 steps.

As far as the history I know about the Qutub Minar is that it was originally built by a deputy of Mohammad Ghor in 1199 and later on restored by Firoz Shah Tughlaq and Sikandar Lodi.

Moreover it is said that Before 1976, the general public was allowed access to the first floor of the minaret, via the internal staircase. Access to the top was stopped after 2000 due to suicides. Also in 1981 there was an incident with around 400 to 500 visitors in which due to the failure of lighting many people got injured and some died as well and many of them were school children since then the entry rules in this monument is restricted.

I just adore this attraction a lot as it elucidates the culture and the history of India and it helps us to stay connected with our roots that’s why I visit there frequently to cherish the aura of this place.