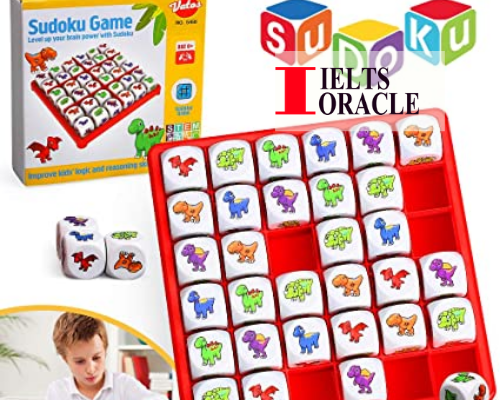 Mankind has devised ample games and gadgets to entertain themselves however people find challenging ones more pleasurable. Out of these, some games are educative and help in enhancing cognitive skills simultaneously like crosswords, chess and go. I am a great fond of solving puzzles – be it online puzzle based escape or rescue games or simple Sudoku on newspaper. Here, I would like to talk about a puzzle game, Sudoku, which I liked the most since I was 13 or 14.

It started when I asked my father to instruct the local newspaper vendor to deliver “Hindustan Times” to us. I did so because I wanted to get a hold on English language by learning vocabulary words, learning how to frame complex structures and to experience the joy of reading. Along with the main paper, they publish a six-paged complimentary issue named HT City in which they publish Bollywood news, lifestyle articles, this Sudoku puzzle etc. Every day, I would wait for it with my pencil and eraser handy and start solving at moment I received the paper. Nowadays, I am living in a hostel as I have migrated from my hometown for pursuing my higher studies. So I don’t have the newspaper now however I have downloaded an app for playing this game on my smartphone.

Sudoku is a logic-based mathematic puzzle which consists of a 9 by 9 square grid. This grid is further divided into nine 3 by 3 blocks where some of the cells are preoccupied with some numbers. The objective of this game is to fill the blank cells with numbers 1 to 9 in such a way that each row, column or block contains numbers from 1 to 9 once. I must admit, this game is really addictive and is considered to have a Japanese origin. Sudoku puzzles are categorized in easy, medium or hard puzzles but it is not everybody’s cup of tea to solve it.

Initially, I used to solve the puzzle with great difficulty and consumed hours while I have become proficient in it now. Because I am solving this puzzle almost every day, I am now aware about the rules and the strategies to be applied. Still, I never get over it by taking it as a mundane game. I keep on challenging myself to solve it as early as possible and now I can solve it in around 2-3 minutes.

I would say, that it is advantageous for every individual to engage themselves in one sort of a puzzle game or the other to enhance their mental sharpness and to rejuvenate themselves mentally.