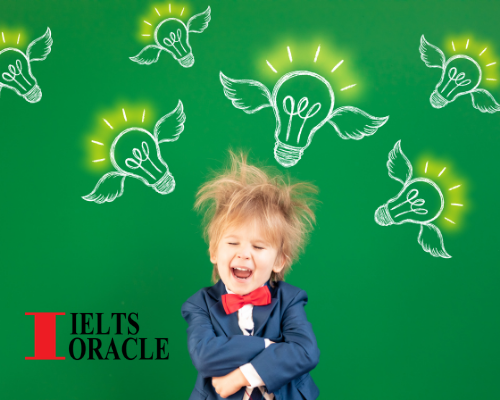 Describe a time when you needed to use your imagination.

Imagination deals with the creative ability of an individual in which he can create a mental image of something which does not exist in real life. The artistic personalities are often blessed with strong imagination powers which they use to paint, write or produce something. Although I don’t claim myself to be a creative type, I have always been a keen observer and an aesthete.

There were several instances when I had to use my imagination to perform certain tasks such as while participating in story writing or poster-making competitions at school. Here, I would like to share my experience of an occasion when I had to use my creative skills in one of my communication skills sessions. It was the time, when I was a first-year engineering student and we had a subject named communication skills in which we were trained to enhance our prowess to become fluent speakers. I still remember the day we reached the lab where our teacher Mrs. Shelly told us that we needed to perform a role-play activity in which I was asked to enact the role of a motivational speaker. To be very honest, I freaked out because it was something I had never heard before. Somehow I tried to compose myself and asked my trainer to permit me to use my cell phone in the 15 minutes preparation time to which she happily agreed.

I opened youtube, searched about it and got to watch the videos of famous speakers like Oprah Winfrey, Muniba Mazari and Sandeep Maheshwari. After watching and keenly observing their styles how they engage their audience with them, what sort of examples they give and how proactively they interacted with their listeners, I gained confidence. I was prepared now to influence people with a theme to exhort them to chase their dreams whatsoever these are. I used a short moral story as well and quoted some examples of my life while enacting that. To my surprise, when I ended, everybody applauded and my trainer too accoladed me which was truly delighting. This boosted my confidence which still helps me in delivering presentations at my workplace almost every other day with utmost ease.

On a concluding node, I would say that imagination has always been an integral part of humanity which every human uses idiosyncratically.