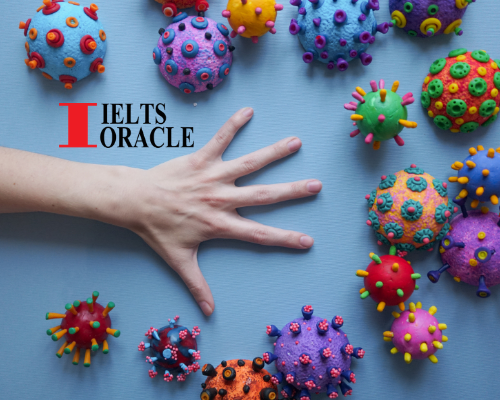 Talk about a pandemic you have witnessed.

Talk about a situation where you had to stay indoors.

Throughout human history, there have been ample instances of what are called pandemics of maladies such as tuberculosis and smallpox. These have ravaged mankind by sometimes changing the course of history and, at times, proclaiming the end of entire civilization.

In January 2020, the world received a shocking news from WHO, about a new outbreak caused by an unidentified virus. After 2 months, the virus was classified as a global threat and the destruction it caused was placed in the category of intercontinental pandemic. All of this was caused by a single entity, named COVID-19.

At first, many health experts believed that this virus originated in bats which when consumed by humans, infected them however it remains unclear exactly how the virus first spread to humans. Since then, the virus has mostly spread through person-to-person contact. Initially reported from China, this cunning life form spread to every corner of the globe through the channels of international transport.

The symptoms ranged from fever, dry cough to shortness of breath which compelled panic-stricken people to confine themselves at homes. All this led to a state which could not be conceived by anyone when the entire world came to a standstill. The world was locked down and everyone and everything was forced to be shut in their closed walls to halt this catastrophe. Millions of people died, productivity plummeted, the streets were empty and a new terror greater than any other stopped urbanization in its track. The lives of people changed immensely, many lost their jobs, many lost their loved ones, some went bankrupt, public centers went dry and hospitals were loaded with the piles of the deceased. A fear of death shook the humanity to that extent that people stopped meeting others and everyone was praying for this cursed time to pass away.

However, mankind didn’t stop and tried to find alternatives. In order to reduce transmission risk, government took proactive measures and issued guidelines which are still being followed by people. They adopted the preventive measures like maintaining social distancing, wearing face masks, washing hands with soap regularly whereas government introduced institutional quarantine and lockdowns to combat this dreadful ailment.

After months, new trends such as work from home, online classes et cetera were initiated. Simultaneously, the environment healed itself and the lowest level of pollution and global  warming were noted in the last century. Though this virus brought death, it also served as a boon to environment and a lesson to mankind. Now, with the effective vaccinations, people are relieved to a large extent and are trying to resume their lives.

At last, I would say, human interventions in natural phenomenon, in the name of advancements, is raising the risk of more pandemics like this.