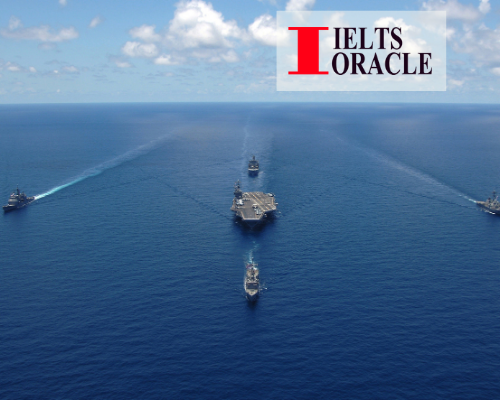 Talk about a dream job that you would like to do one day.

I believe that every individual should see the dreams as dreams are meant to be fulfilled. If there will be no dreams, nobody will try to chase it and life will be aimless.

In the similar context, I also believe in visualising the things as it motivates me to stay goal oriented and one such dream of mine is to be a naval officer. Actually my whole family runs a family business and they try to compel me as well to indulge in their firm whereas my motive is to become a navy officer as once I observed one of my distant relatives serving the nation via this occupation and what a charm he was possessing in his personality. He was such a disciplined and urbane person that I decided on the spot that one day I will become just like him. He became my role model. I even took his number to stay in touch. He told me that to get an entry in this field one has to take the entrance exam for which I am really burning the midnight oil. It is basically for National Defence Academy (NDA) and Naval Academy Examination in which the Candidates on completion of 10+2 Examination or while in the 12th standard are eligible to compete. Successful candidates join the NDA or Naval Academy as Naval cadets. To clear this entrance test I am going through a rigid timetable. I am diligently doing 12th at the moment and even already applied for the test and it is on the horizon, so right now I am not only preparing for my senior secondary examination but also for  Naval academy examination and since my field is engineering I will be applying for the same position. Apart from this, being a girl child no one is in the favour of this decision of mine but I am happy to have full fledged support from my parents  which is more than enough for me.

All in all, this is my childhood dream for which I am burning the candle from both the ends and once i’ll accomplish it, i’ll be able to serve my nation wholeheartedly and will relish the amenities provided to the naval officers.