The effects of light on plant and animal species 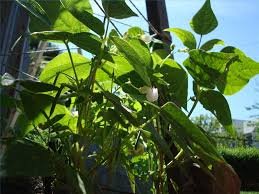 IELTS Reading-The effects of light on plant and animal species

Light is important to organisms for two different reasons. Firstly it Is used as a cue for the timing of daily and seasonal rhythms in both plants and animals, and secondly it is used to assist growth in plants.

Breeding in most organisms occurs during a part of the year only, and so a reliable cue is needed to trigger breeding behaviour. Day length is an excellent cue, because it provides a perfectly predictable pattern of change within the year. In the temperate zone in spring, temperatures fluctuate greatly from day to day. but day length increases steadily by a predictable amount. The seasonal impact of day length on physiological responses is called photoperiodism, and the amount of experimental evidence for this phenomenon is considerable. For example, some species of birds’ breeding can be induced even in midwinter simply by increasing day length artificially (Wolfson 1964). Other examples of photoperiodism occur in plants. A short-day plant flowers when the day is less than a certain critical length. A long-day plant flowers after a certain critical day length is exceeded. In both cases the critical day length differs from species to species. Plants which flower after a period of vegetative growth, regardless of photoperiod, are known as day-neutral plants.

Breeding seasons in animals such as birds have evolved to occupy the part of the year in which offspring have the greatest chances of survival. Before the breeding season begins, food reserves must be built up to support the energy cost of reproduction, and to provide for young birds both when they are in the nest and after fledging. Thus many temperate-zone birds use the increasing day lengths in spring as a cue to begin the nesting cycle, because this is a point when adequate food resources will be assured.

The adaptive significance of photoperiodism in plants is also clear. Short-day plants that flower in spring in the temperate zone are adapted to maximising seedling growth during the growing season. Long-day plants are adapted for situations that require fertilization by insects, or a long period of seed ripening. Short-day plants that flower in the autumn in the temperate zone are able to build up food reserves over the growing season and over winter as seeds. Day-neutral plants have an evolutionary advantage when the connection between the favourable period for reproduction and day length is much less certain. For example, desert annuals germinate, flower and seed whenever suitable rainfall occurs, regardless of the day length.

The breeding season of some plants can be delayed to extraordinary lengths. Bamboos are perennial grasses that remain in a vegetative state for many years and then suddenly flower, fruit and die (Evans 1976). Every bamboo of the species Chusquea abietifolio on the island of Jamaica flowered, set seed and died during 1884. The next generation of bamboo flowered and died between 1916 and 1918, which suggests a vegetative cycle of about 31 years. The climatic trigger for this flowering cycle is not yet known, but the adaptive significance is clear. The simultaneous production of masses of bamboo seeds (in some cases lying 12 to 15 centimetres deep on the ground) is more than all the seed-eating animals can cope with at the time, so that some seeds escape being eaten and grow up to form the next generation (Evans 1976).

The second reason light is important to organisms is that it is essential for photosynthesis. This is the process by which plants use energy from the sun to convert carbon from soil or water into organic material for growth. The rate of photosynthesis in a plant can be measured by calculating the rate of its uptake of carbon. There is a wide range of photosynthetic responses of plants to variations in light intensity. Some plants reach maximal photosynthesis at one-quarter full sunlight, and others, like sugarcane, never reach a maximum, but continue to increase photosynthesis rate as light intensity rises.

Plants in general can be divided into two groups: shade-tolerant species and shade-intolerant species. This classification is commonly used in forestry and horticulture. Shade-tolerant plants have lower photosynthetic rates and hence have lower growth rates than those of shade-intolerant species. Plant species become adapted to living in a certain kind of habitat, and in the process evolve a series of characteristics that prevent them from occupying other habitats. Grime (1966) suggests that light may be one of the major components directing these adaptations. For example, eastern hemlock seedlings are shade-tolerant. They can survive in the forest understorey under very low light levels because they have a low photosynthetic rate.

This quiz must be completed in 20 minutes. Click here to start the quiz
1200