Describe a tradition in your country. 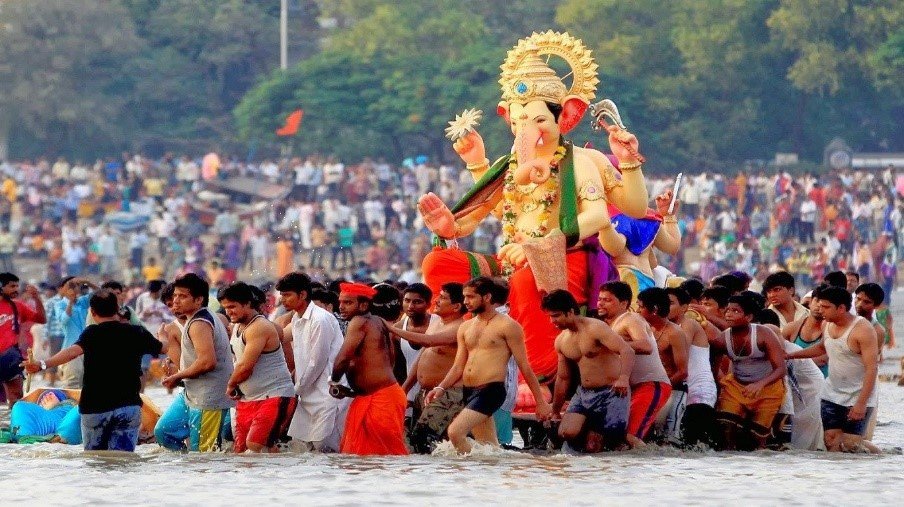 Describe a tradition in your country.

Traditions are those features of every community, culture or a nation which give them their unique identities. These are the rituals which are inherited by the younger generations from the older one. Hence, these help to connect people, give them the reasons to celebrate and create memories. India is a country renowned for its traditional and cultural diversity, where the traditional values vary from one part to another and these matter a lot to its people. Being a devotee of Lord Ganesha, today I would like to share the tradition of Ganesh Visarjana.

It is celebrated as a ten days festival to mark the birth of this deity in the month of August or September every year. Ganesha is considered as the god of new beginnings. So in Hindu traditions, people seek his blessings before starting any new venture. The excitement can be seen a week ago when the market is flooded with clay idols of the deity in different postures and sizes, made especially by the artisans on pre-booking basis.

Coming back to the tradition, on the first day, people place his idols in their homes and worship him for the rest of the days by offering fruits, flowers, sweets and prayers, especially in the mornings and evenings. On the concluding day, devotees carry the idols and come out in processions to perform the visarjana which is the immersion of the idol in water bodies such as rivers or seas. The people bid a farewell with the hope that after this pleasant stay, the lord would return back to Mount Kailash to join his parents Lord Shiva and Goddess Parvati and will visit next year to see people on the same time.

Nowadays, it is being celebrated almost everywhere in India with huge zest and zeal. People dance a lot on the beats of drum while carrying the beautiful statues for immersion.

At the end, I would like to say that I am proud to be a part of it as it makes our nation idiosyncratic from the rest of the world.