Describe a time you saw children behave badly in public 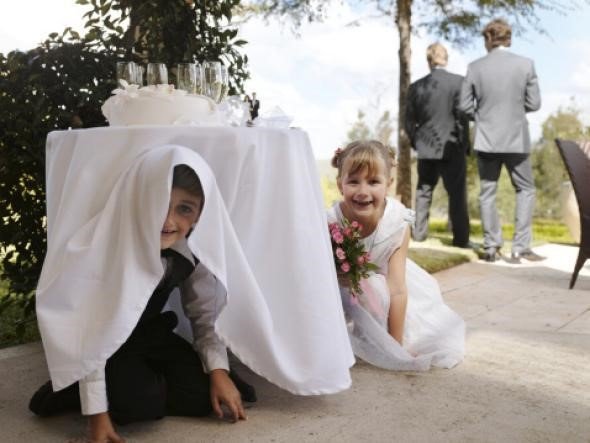 Describe a time you saw children behave badly in public.

​Children are known for their childish, silly, and notorious traits which are generally regarded as a part of their cuteness. However, sometimes this cuteness seems to be troubling and embarrassing when parents or guardians fail to get a hold on them, especially in public places. I have come across myriad such incidences, out of which I would share one with you which was the most terrific one. A few months ago, before the lockdown, I attended my best friend’s wedding which was a destination wedding.

I must admit that the planner had organized everything on a grandiose level and had paid attention to every fine detail. Everybody gazed at the splendid venue and all the arrangements amazingly. On a happy node, all the rituals were started and most of the guests were immersed in those, leaving their children unattended. They ganged together and created chaos when their playfulness became mischievous. They started ruining the decorations by popping the balloons, plucking the fresh flowers, and started fighting over it. By the time, the snacks were ready and the catering staff started serving them. They found something new to play with which ended with broken crockery. Everybody was annoyed and requested them to behave well but they turned deaf ears to all of them. In order to maintain the joyous ambience of the special occasion, I stepped forward and called their parents. I informed them about the reckless behavior of their offsprings upon which they felt embarrassed and scolded their young ones. To my surprise, the children were least interested in their parents’ remarks and behaved obdurately. We couldn’t stand it anymore so most of the guests asked them to leave the place. It was an awkward moment for all of us as it might had been hurting for them.

I believe, nowadays parents are failing in inculcating the social values in their children, perhaps the over pampering and neglecting the children can be the major reasons behind turning them obstinate. All in all, the current scenario can be justified by the proverb – spare the rod, spoil the child.