Describe a time you made a promise to someone 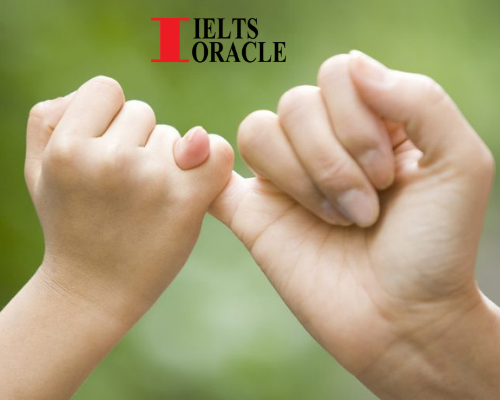 Describe a time you made a promise to someone.

Making promises and keeping them looks really adorable but is quite hard to fulfill. It is one of the human traits and he keeps on promising things to others and sometimes to himself, to which I am no exception. Although I have made myriad promises till now, here I would like to share the recent one.

It was a couple of weeks ago when my younger sister, Heena, called to tell me about her planning for a trip with all the family members. She asked me to join them on their trip to Vaishno Devi to which I happily agreed. The reason why I gave my consent was I too wanted to break the monotony of my routine life and to unwind myself. I have to work for long hours on a regular basis, irrespective of weekend offs.

So, it was decided that we would leave on Friday and would return back on Sunday evening. Although usually people prefer to travel by trains to Jammu, we opted for private vehicles. We were all set and were preparing for the weekend fun. I had applied for an off and got it sanctioned too but to my utter disappointment on Thursday my manager told me that I cannot take the off as an irate client wants the issues of his website fixed within a day or two. At that moment, I was in a dilemma because if I told my family that I will have to pass this opportunity to enjoy some quality time with them, it would make them mad. On the other hand, I couldn’t persuade my manager to let me have an off. For a few hours, I was nettled and anxious but then I called the team meeting to discuss the issues and to plan the strategies to fix it up as soon as possible. Fortunately, it worked out and we ended it by Friday afternoon and of course by working overtime. Afterward I rushed to Jammu as everyone else was there at the time when I started off. At the end, I met them and we moved ahead towards the shrine in little snowfall and downpour.

Ans : Yes obviously, in order to motivate their offspring to achieve something like good academic grades or cracking competitive examinations, they often lure them with promises of huge rewards.

Ans : Well, I cannot answer in a yes certainly but I believe that everyone tries to keep their words which sometimes can be kept and sometimes not. However, there are some people who make false promises to grab some deals or to please someone too.

Ans : I guess, just like everyone, I would get irked in such a situation where someone has made a commitment but is not keeping it. I genuinely feel that people should not befool others by doing so.