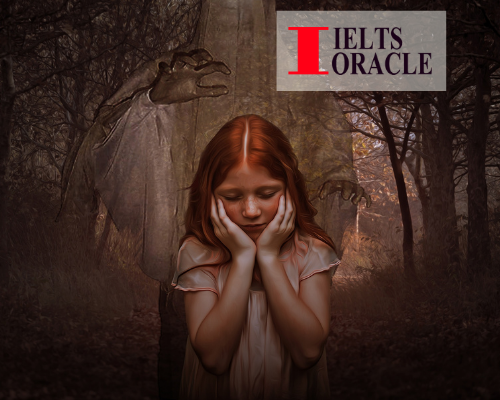 Describe a time you had a nightmare.

Ever since my childhood I’m having numerous nightmares regarding snakes as I am suffering from ophidiophobia.

I vividly remember, When I was a small child I used to wake up in the middle of the night afraiding of particularly black snakes spreading their hood moving ahead towards me to bite me and it usually used to happen whenever I used to watch any snake based movie on television while having supper.

I would like to share an  incident over here When  I guess I was in my 6th standard actually I was sleeping  during the night  and suddenly I saw two dark Black Snakes coming towards me to bite me, they were rolling around each other and  they were zigzagging moving head towards me  with their Hoods and showing their venomous teeth and tongues to me. It really horrified me when  it certainly tried to hit me and I just woke up by shouting. My mother woke up with me and asked me what happened. I uttered my whole dream and she just ignored it as if nothing happened. She asked me to sleep but  that was a really horror-struck dream. Even after having that dream I tried  a lot to sleep  but was not able to, instead  I kept on getting petrified, assuming the snakes on my bed and even sometimes on my stomach and that whole night I was rolling over my bed and  not only this, I was getting afraid of my sister’s arm as well who was sleeping besides me that night and in fear I just hit her arm  and woke her up. She was yelling at me but I couldn’t help it.

Overall this was that terrified night when I was getting hallucinations of snakes and it was a never forgetful nightmare.